(This article first appeared in the Mountain Weather column in the Jackson Hole News & Guide on Feb. 1st, 2017).

Winter is half over, but already huge!

The first half of the winter season draws to a close on Thursday, February 2nd, Groundhog’s Day. That is the halfway point between December’s Solstice and March’s Equinox. And what a snowy first half it has been.

Recent conversations I have had around town usually come around to mentioning how much snow we’ve had, and how it seems snowier than we have seen in a long time.

It has been a while since we have seen this much snow, but perhaps not as long as you might think. Which begs the question, “how snowy is it?” In this week’s column I will look at how much snow we have received, in town and in the mountains, during the first half of the winter season.

At this point, we have already received enough snow in the Town of Jackson, in December and January alone, to exceed the long-term average total snowfall for the four winter months, December through March. Even if town did not receive any more new snow for the next two months, we’d still end up with an above normal snowfall winter.

In December 2016 we had 34 inches of snow recorded at the Jackson Climate Station. Add to that the 30 inches we had January 2017, and that makes a total of 64 inches in the last two months. The long-term average snowfall in town from December 1st through March 31st is 61 inches. 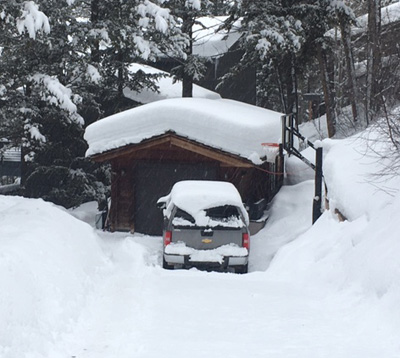 So, it was only eight winters ago that we had the biggest one-two punch of snow we have ever seen in the Town of Jackson, for a December-January combined snowfall. Almost two feet more snow fell in December 2008 and January 2009 than we had this December-January.

I think it is safe to say that the mountains had a very “powderful” December and January. The total snowfall for December and January (through January 28th) was 241 inches at the Rendezvous Bowl weather station (Elevation 9,580 feet) at the Jackson Hole Mountain Resort.

In December of 2016, 153 inches of snow was recorded, nearly doubling the average for December of 81 inches. This was also the second snowiest December in their history, behind the 225 inches that fell during December 1996.

In January of 2017, as of this past weekend, Rendezvous Bowl had recorded 88 inches of snow for the month. That is just ahead of the long-term average January snowfall of 85 inches for that site, but well behind the record January on the mountain of 150 inches set in 1998. 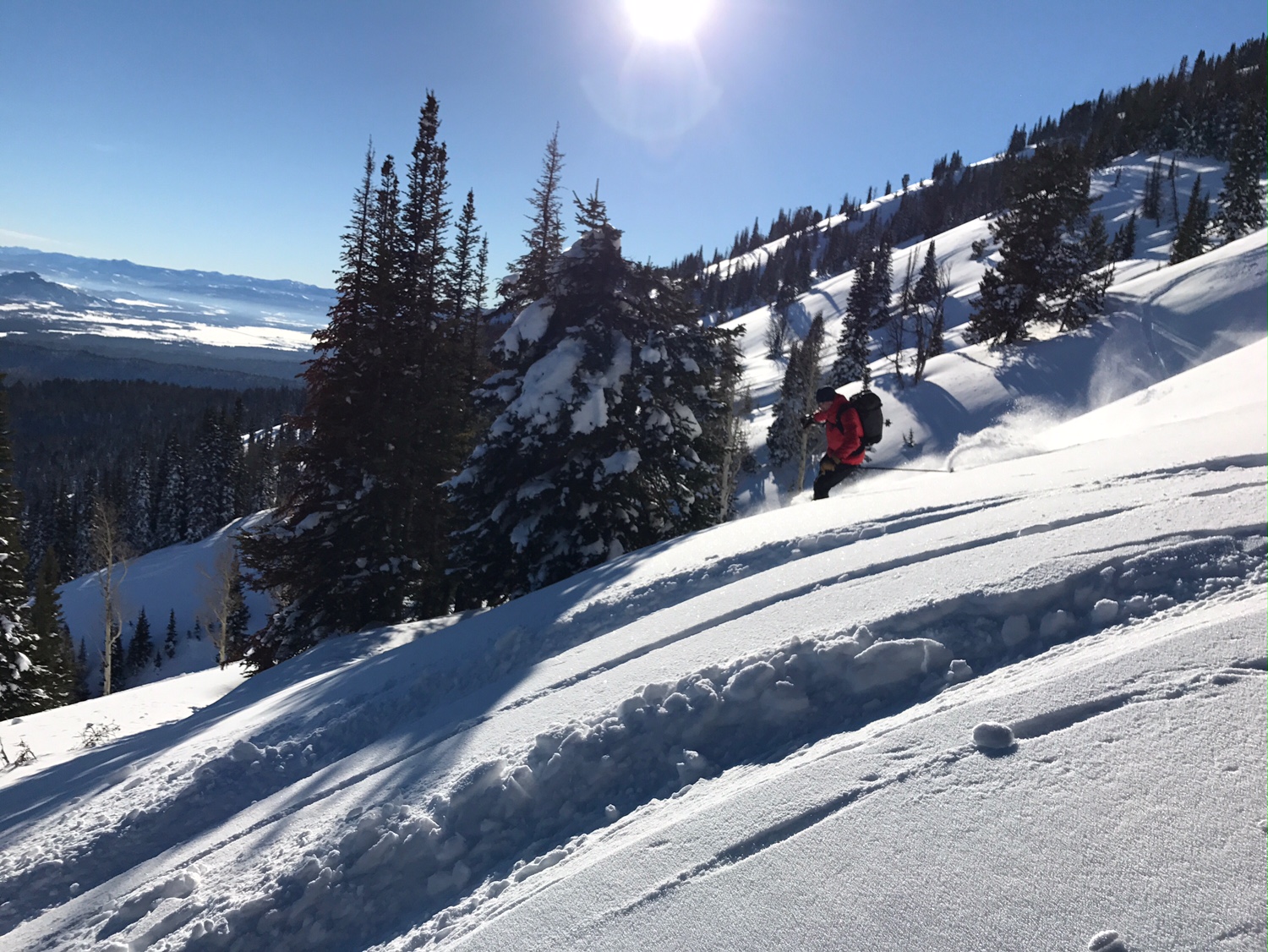 Looking at the combination of big Decembers and Januarys in the same winter: December of 1996 (225 inches) and January of 1997 (126 inches) is still the clear winner for giant snowfall numbers, with a total of 351 inches for the two-month period. Twenty years later, it looks like December 2016 and January 2017 have combined to be the second snowiest, with that 241-inch total.

By the way, that two-month snow total for December 1996 and January 1997 of 351 inches was greater than the long-term average snowfall of 299 inches for December 1st through March 31st at Rendezvous Bowl. 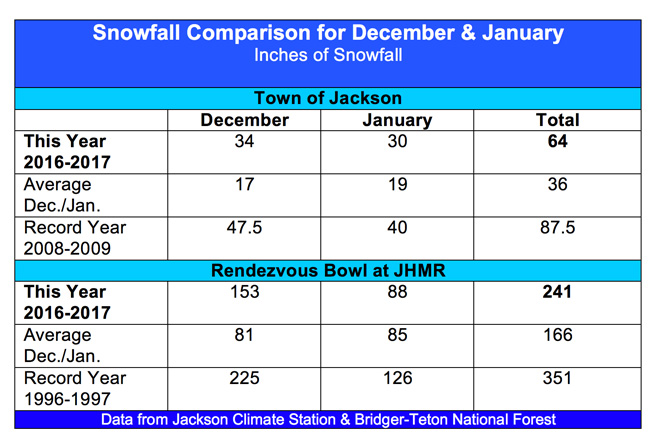 Temperatures have been colder than normal these past few months, during almost break we had between snowstorms the last two months, it got down below zero. Colder temperatures keep the snow from settling as much, and every subsequent storm just piles it up deeper.

For valley dwellers, that means snow banks are really high. For skiers, borders and ‘bilers, that means deep coverage up high, with very few rocks showing anymore. This is a snowpack that will likely take a long time to completely melt away this spring.

Jim is the chief meteorologist at mountainweather.com and has been forecasting the weather in Jackson Hole and the Teton Range for the past 25 years.