Whenever we have thunderstorms that are not caused strictly by afternoon heating,  there is usually another root cause. Most commonly, thunderstorms that form overnight or in the early morning hours in the Rockies are a result of a low pressure center or cold front passing overhead, or monsoon moisture.

This morning, Tuesday July 17th, 2018, Jackson Hole experienced some early morning thunderstorm activity that was due to an upper level Trof of Low-pressure moving across Eastern Idaho and Northwestern Wyoming.

There were no fronts or obvious surface Low-pressure centers marked on the Surface map over eastern Idaho or far western Wyoming. (See map below).

The Trof was barely detectable on the upper level weather maps, that is, it was not a big, obvious wave. However, it did have two things going for it that the computer models did predict very well: 1) High level moisture. 2) Positive Vorticity Advection or PVA. (PVA is a technical term for an area of spin that causes upward motion. In other words, it creates more instability in the atmosphere. Sometimes referred to as a “short-wave”.)

The PVA shown was most likely responsible for perking up these early morning thunderstorms, which produced moderate amounts of lightning and brief heavy rain in a very concentrated area.

Last map below shows the predicted high level moisture in the early morning hours on July 17th. Relative Humidity greater than 90% over Teton Co. Idaho & Wyoming, which is where the Vorticity was headed and where the line of thunderstorms developed.

Finally, the photo below is from the Teton Pass webcam, showing storm as it was passing over Jackson Hole. 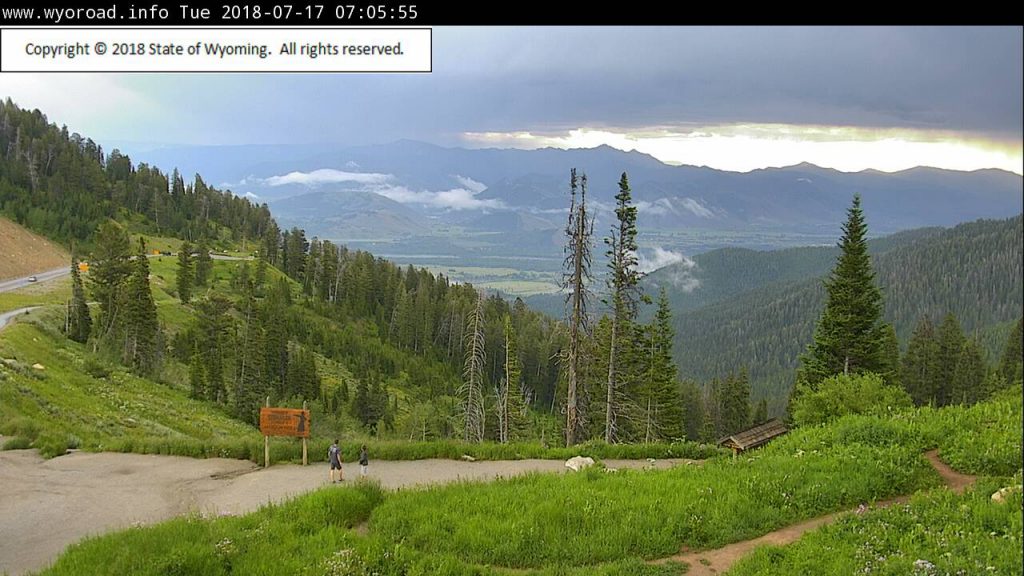