The next round of storms, already moving into the Western United States, with BIG snowfall amounts on tap from the Sierras to the Rockies the next 2 to 3 days.

What’s developing is a Low-pressure center on the West Coast that will combine forces with another Low in the Gulf of Alaska.

Satellite view below shows those Lows, plus the “pineapple” connection on the Satellite image below. Yellow line is the jet stream flow, bringing subtropical moisture from just south of Hawaii to the West Coast. 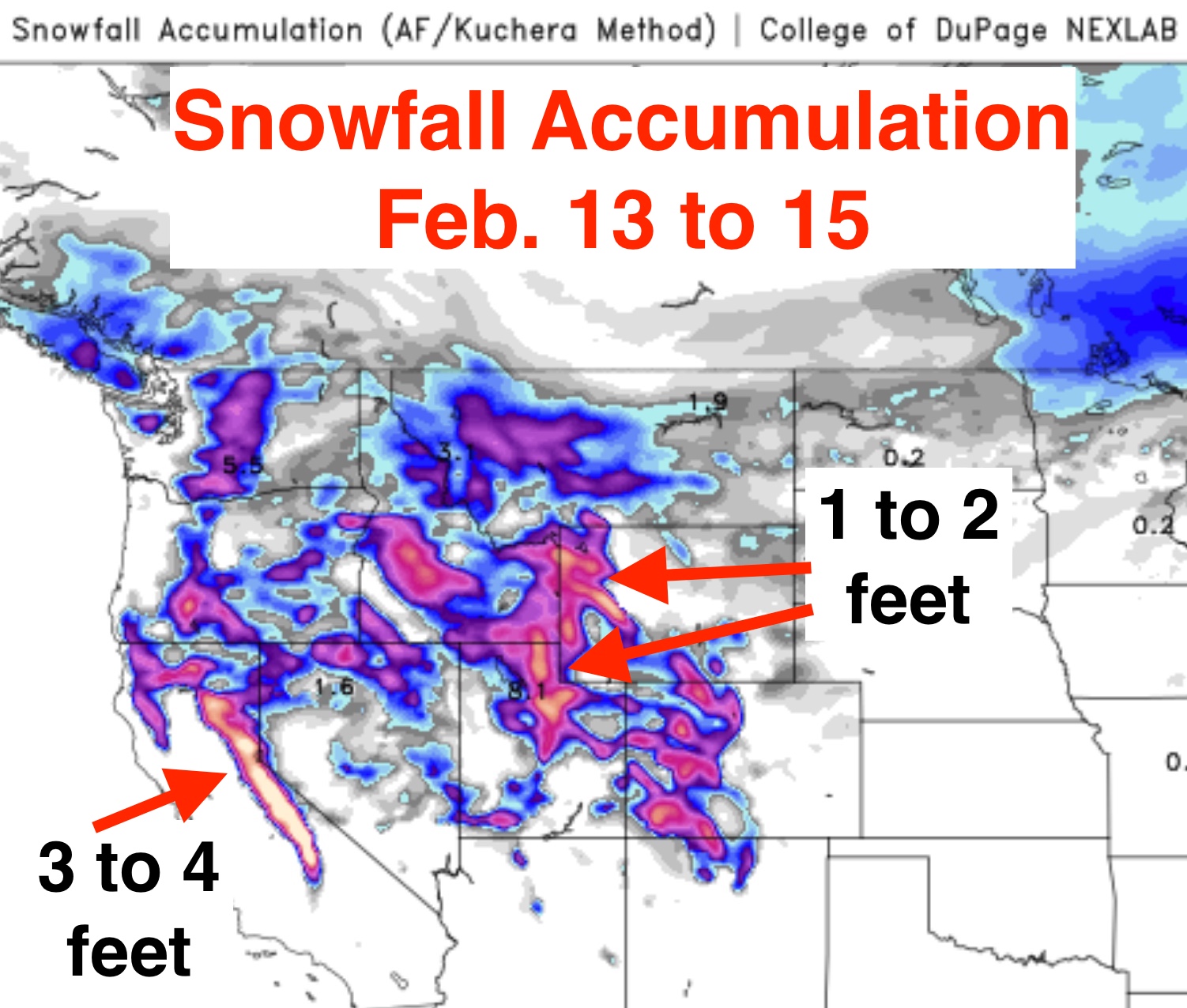 Measuring in feet of snow….again!

Feet of snow again for the High Sierra. The difference from the many feet that have already fallen since the Groundhog’s Day Weekend, is that snow levels will higher in the Sierras, as temperatures warm through the storm. Rising above the 6000-ft. elevation initially, then cooling temps lower snow levels by Friday.

In the Rockies, it will be all snow at elevations above @ 5000-ft. temperatures will get warmest on Thursday, then cool again Friday into Saturday.

Turning into a very snowy February, and we are only halfway through the month.

For instance, Jackson, Wyoming (where I live) is about to break their snowfall record for the month of February! More on that later…..