The previous one-day rainfall record on that date (measured on August 6th) was 0.54 inches from August 6th, 1993. The summer of 1993, by the way, was the coldest and wettest summer in Jackson’s weather history.

Rain continued through the day and into the evening on Saturday, adding another 0.74 inches of rain, measured on Sunday morning of August 7th. That one-day total did not beat the old record for that date, which was a whopping 1.16 inches that fell in a 24-hour period back in 2007.

According to the data from the Jackson Climate Station, the total rainfall for the two days was 1.54 inches, all of which fell in about a 36-hour period from this big surge of monsoon moisture.

Courtesy of the Monsoon

On the satellite image below that monsoon moisture stretched across most of Nevada, northern Utah, western Wyoming and Southwest Montana. 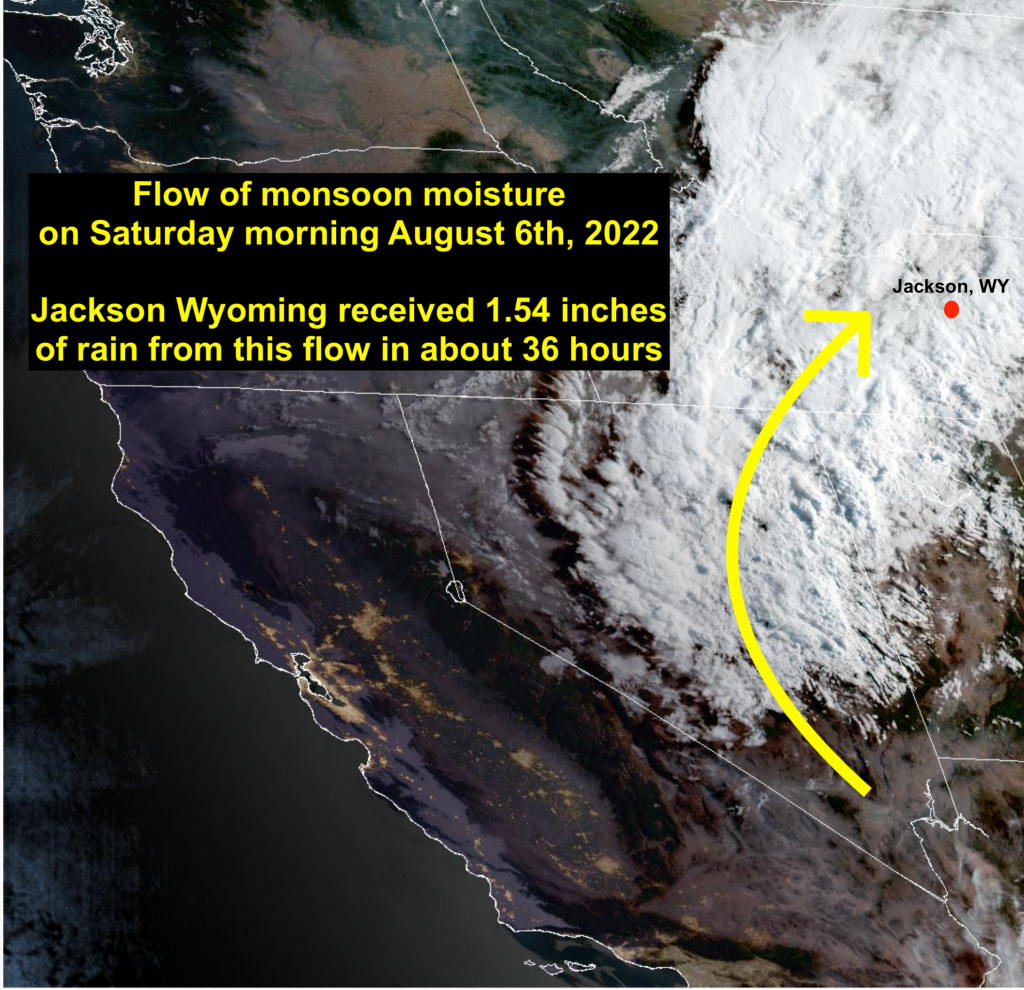 That Monsoon flow was aided by a relatively small upper-level Trof of Low-pressure that passed by to the north, across northern Montana this weekend. 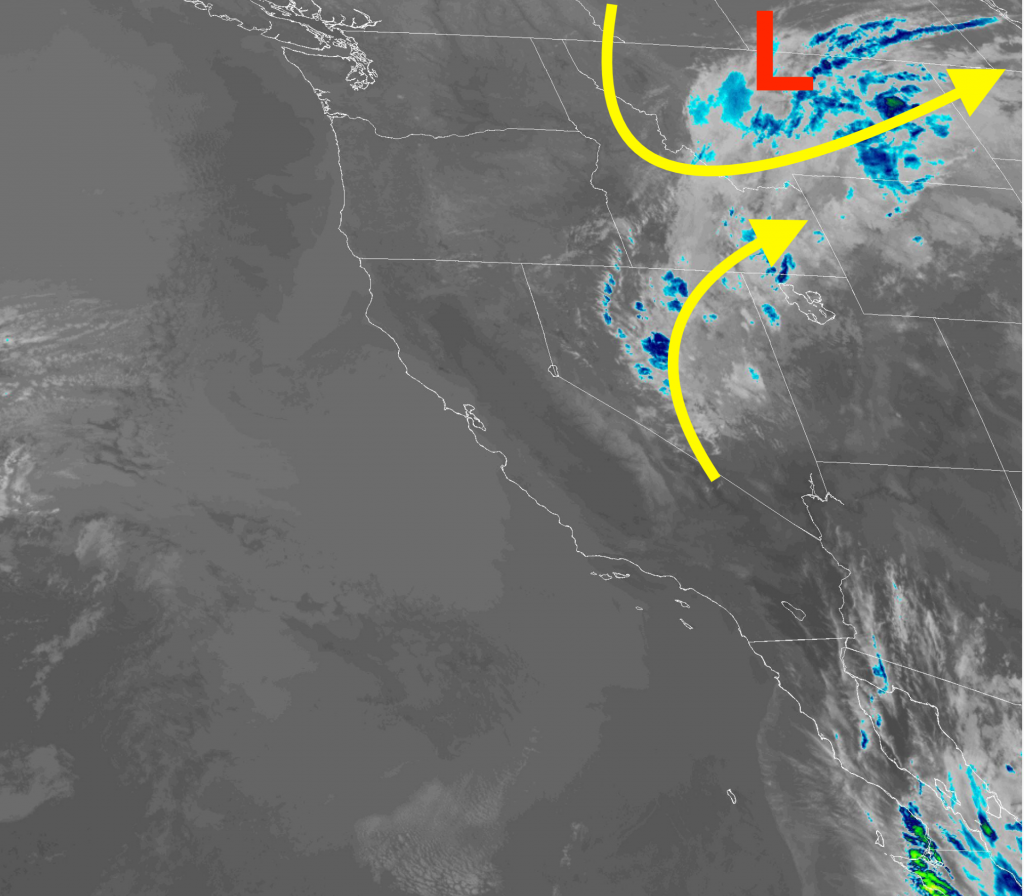 Already a Wetter Than Normal August

Total Rainfall in the Town of Jackson so far in August 2022 is 1.94 inches. That is just for the first week. The average monthly rainfall in August is 1.20 inches.
July of 2022 only had 0.06 inches of rain. Average rainfall in Jackson in July is 0.94 inches
So, August has already made up for July’s precipitation deficit.
Jackson would only need another 0.14 inches of precipitation in August to bring the July & August rainfall total up to normal.