The month of November was just consistently cold, with 12 days reporting morning low temperatures that were below zero Fahrenheit. The average low temperature for November 2022 was 6.2 degrees, which is a full 10 degrees colder than Jackson’s long-term average monthly low temperature in November. 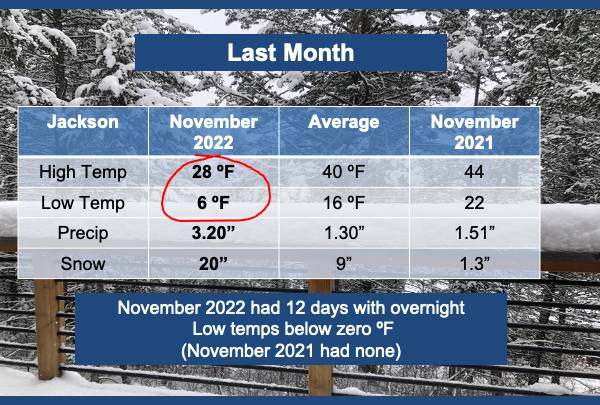 The average high temperature in November 2022 was 27.7 degrees, which is an amazing departure from the long-term average of 40 degrees in the month of November. That is a full 12 degrees colder than normal!

The coldest day of the month was on November 19th, 2022, with a low temp of 13 degrees below zero and a high temp of 11 degrees above zero.

Compared to one year ago, November, 2021 had no days with below zero temperatures and average high and low temperatures that were both several degrees above normal.

All of this qualifies as the coldest November on record, going back through about 100 years of records. The previous coldest November in Jackson was 84 years ago, in 1938. The mean temperature that month was 18.8 degrees. No other month with complete records even comes close.

(Numbers in graphics are rounded up or down to whole numbers for simplicity). 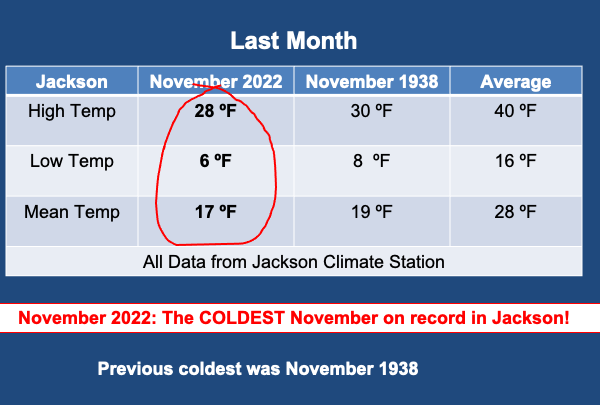 This might very well be one of the largest differences between the long-term average temperatures and new record temperatures that I have seen in my 30 years of compiling and studying the weather stats here in Jackson.

Long-term records refer to the entire period of record for a climate station. Jackson’s records date back to the early 1900’s. However, in analyzing monthly temperature averages like this, you have to throw out the years with incomplete records. Any month with more than 5 days of missing data is disqualified from this analysis.

The chart below shows all the years with complete data to calculate a monthly mean temperature in November, about 86 years that met the criteria. 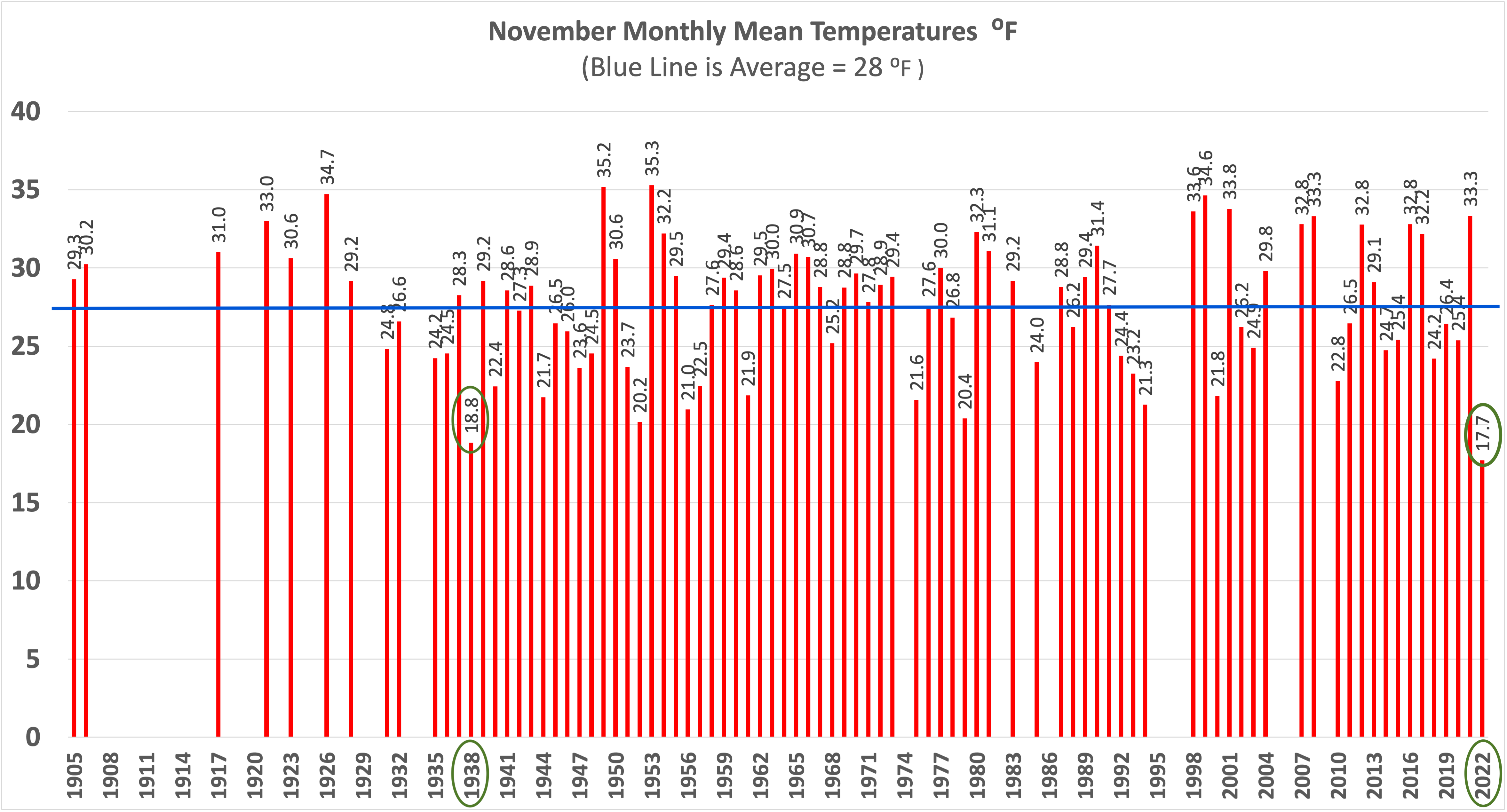 By the way, if you think November was somehow a one-off, it was not. In recent times, October of 2019 was the coldest October on record, and 2019 was also the Coldest Year on Record in Jackson.

All data is from the Jackson Climate Station, which is located on North Cache Street in Jackson, WY.