Temperatures during the last month of 2022 took quite a roller coaster ride in the Town of Jackson, WY. More than once during the month we experienced temperature swings, both up and down, of over 50 degrees Fahrenheit.

Depending on the upper level flow direction at the time, which determined if temps were going up or going down, some of those changes occurred in a very short period of time. 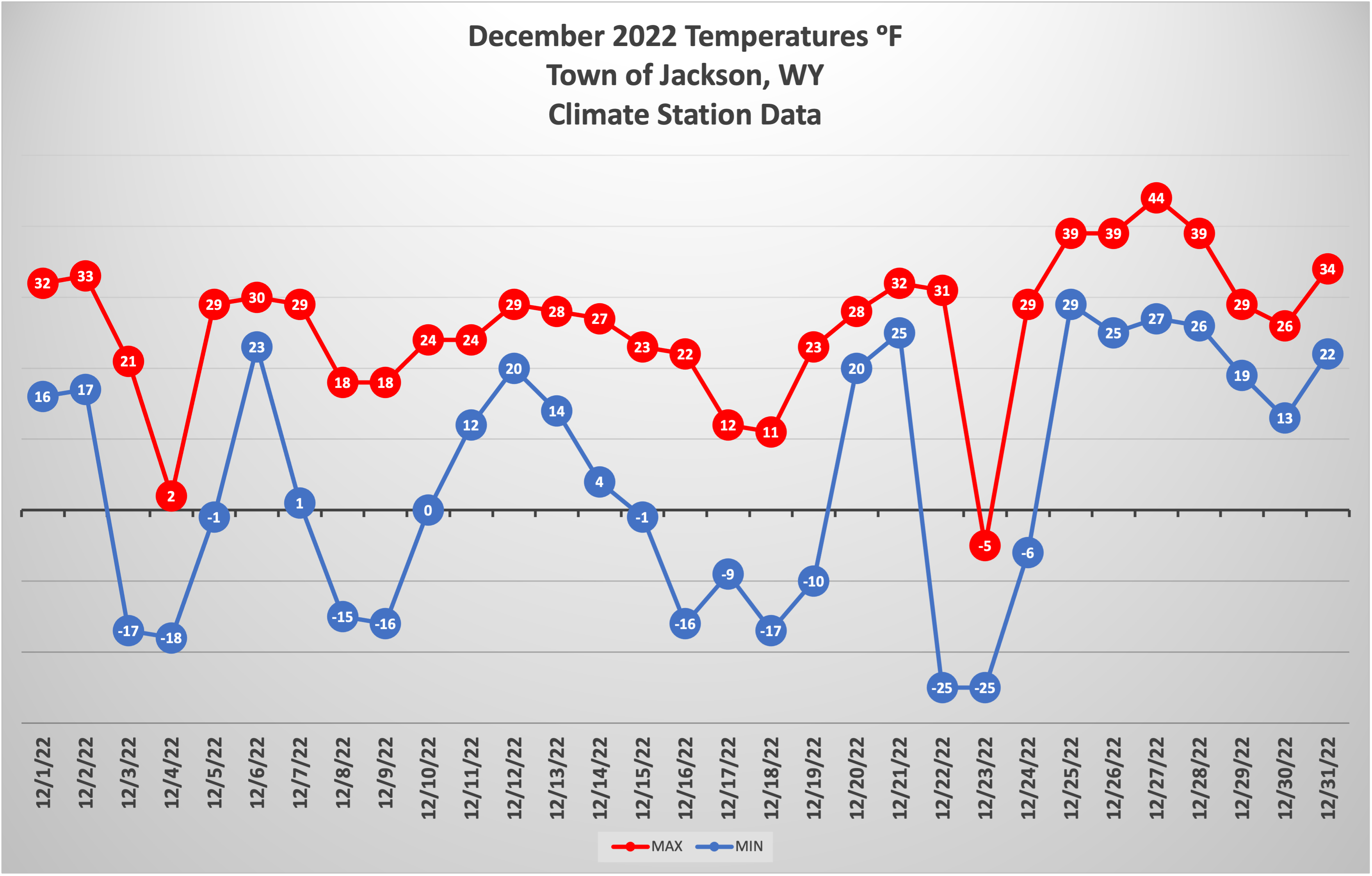 The swinging pendulum began at the beginning of the month with a 50 degree change in temperature from a high of 33 degrees on the afternoon of December 1st (temps are recorded each morning at 9:00 am local time for the previous 24-hours). The low temp on December 3rd was minus 17 degrees. A 50 degree drop in just 2 days.

Two days after that, on December 5th, the high was back up to 30 degrees above zero, a 48 degree rise in temperature. Followed by a drop back down to 15 below zero on December 8th, a 45 degree change in the other direction.

The biggest plummet of temperatures though occurred on the Winter Solstice, December 21st to 22nd, 2022. That was followed just a few days later by a significant resurrection of temperatures. Here is how that story unfolded.

The Winter Solstice arrived with some gusto this year in Jackson Hole, with near blizzard conditions, followed immediately by a blast of Arctic air from the north that had temperatures dropping to 25 degrees below zero Fahrenheit.

The official high temperature at the Jackson Climate Station on December 21st, 2022 actually occurred in the morning, when it reached 31 degrees before 9:00 a.m. The low temperature the following morning, December 22nd, was 25 degrees below zero, a 56 degree drop in 24 hours.

It was also 25 below zero on December 23rd. Three days later, on the afternoon of December 26th, a southerly flow of air brought the high temperature all the way up to 44 degrees in the Town of Jackson. That’s a 69 degree rise in temperature in three days time.

Talk about a hard place to dress for! 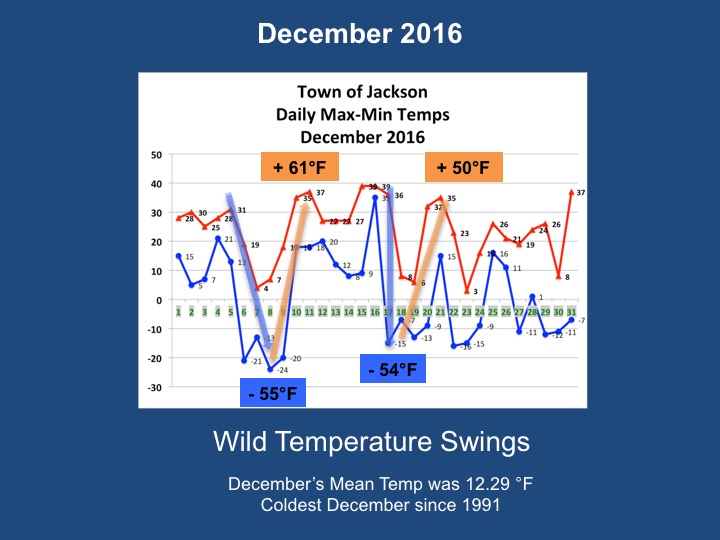 Perhaps the most impressive temperature drop I could find in Wyoming over the Winter Solstice this year was in Casper, WY. On the morning of December 21st, 2022, Casper’s airport thermometer went from 28 degrees above zero at 7:40 a.m. to 6 degrees below zero at 8:40 a.m. when the Arctic air arrived. That’s a temperature drop of 34 degrees in one hour.

Twenty-four hours later, on the morning of December 22nd, the low temperature in Casper was 42 degrees below zero. A precipitous cold plunge of 70 degrees from the previous morning’s reading of 28 degrees above zero.

That minus 42 degree reading broke Casper’s all-time cold temperature record. Prior to this December, the coldest temperature ever recorded in Casper was minus 41 degrees, on December 21st, 1990.