The Winter Season officially begins Wednesday December 21st, 2011 at 10:30 pm MST. As we enter the Fourth Quarter of the Month of December, I know quite a few people in the Mountain West are wishing for snow, but please remember, I am not the Tim Tebow of meteorologists!

I’d like us to finish strong in December and come out ahead with a lot of fresh powder, but we’ll probably fall short of most people’s expectations.
The good news is, the weather pattern we’ve been locked into most of the month of December is showing signs of changing and the jet stream across the Pacific looks like it will begin directing some weather systems and some moisture across the Pacific Northwest & Northern Rockies on a more regular basis.
We’ve been in a split flow, with moisture getting directed north into Alaska & Canada most of the month, and also south across the Southwest U.S. (See jet stream map from 12/20/11). 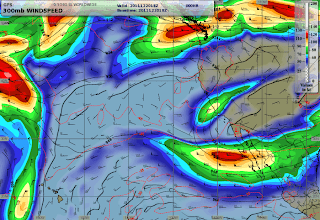 Looking much better even as we head into the week between Christmas and New Years.
(See jet stream map for Christmas Night below). Much more of a Westerly flow across the Gulf of Alaska, and that is what we want to see. It’s not quite the Super Bowl of weather situations, but it should get us back on track with more frequent snowstorms and salvage the season after a somewhat dismal start. 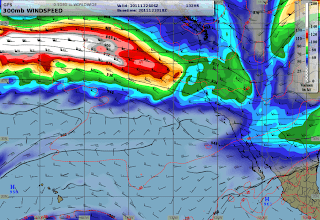 One thought on “Winter Solstice”