During the last week of December 2017 the computer models performed so poorly, by grossly over-forecasting snow accumulation over the northern Rockies, that I was about to give up on them.

This week is a different story, they all handled the situation this second week of January very well. If anything, they under-forecasted snowfall amounts this week.

Jackson Hole Mountain Resort and Grand Targhee Resort received 10 to 16 inches of new snow just in the last 24-hours. And, 24 to 30 inches total for the week!

Below is the Snowfall accumulation Forecast from the NAM Model,
for Thursday a.m. to Friday, courtesy of NexLab: Click pic to play video. 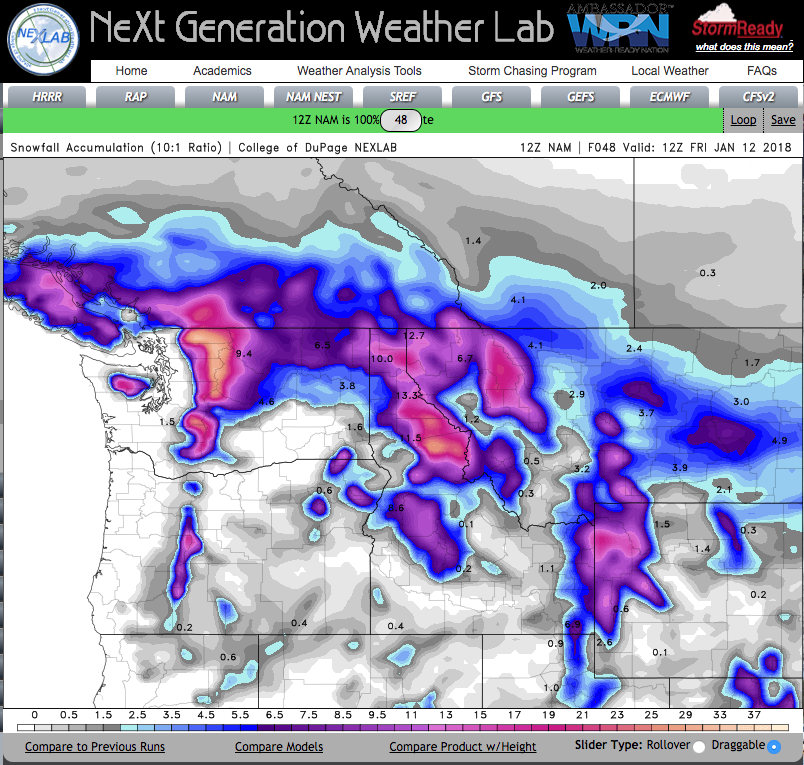 Below is the Snowfall accumulation Forecast from a HiRes WRF Model,
courtesy of CAIC: Click pic to play video. 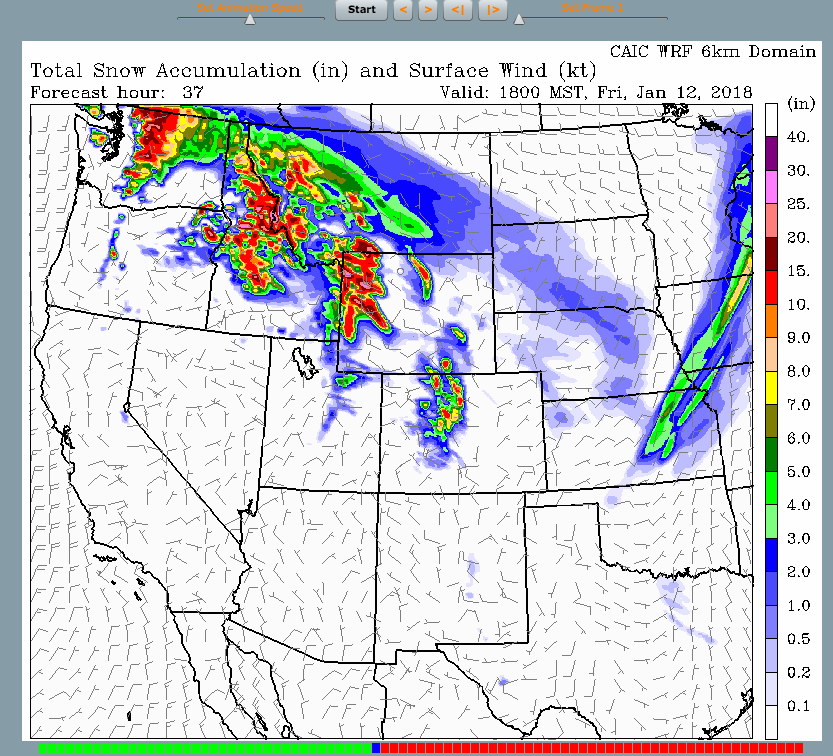