Finally, a change in the weather pattern after a week of High-pressure for Jackson Hole and a good portion of the Northwestern U.S.

A cold Low-pressure system is moving into the Pacific Northwest today (Tuesday December 11, 2018). This will bring significant snow & wind to the Cascades & southern BC today & tonight.

Map below show new GOES-17 Satellite image from Tuesday morning. Location of Low-pressure off the Northwest Coast and the two jet streams coming out of the Pacific northern & southern branches. The norther branch is stronger and it will be carrying this relatively fast moving weather system inland. 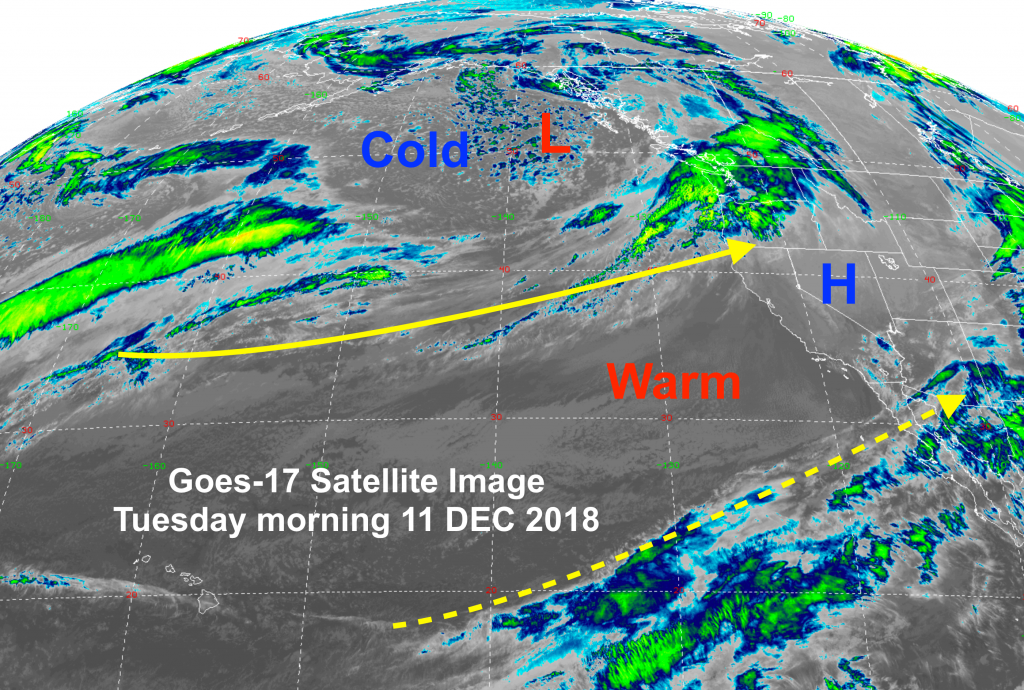 Below are a couple of snowfall forecast maps covering Total Snowfall from Tuesday@ Noon to Wednesday @ 3 PM, MST.

For the Tetons & JH: Strong Westerly flow over the Tetons tonight, transitions to a strong Northwesterly flow Wednesday. this could boost sno accumulations to between 8 & 10 inches during this time period, at the 9,000 to 10,000-ft. elevation.   Expect more like 3 to 5 inches in the valley. 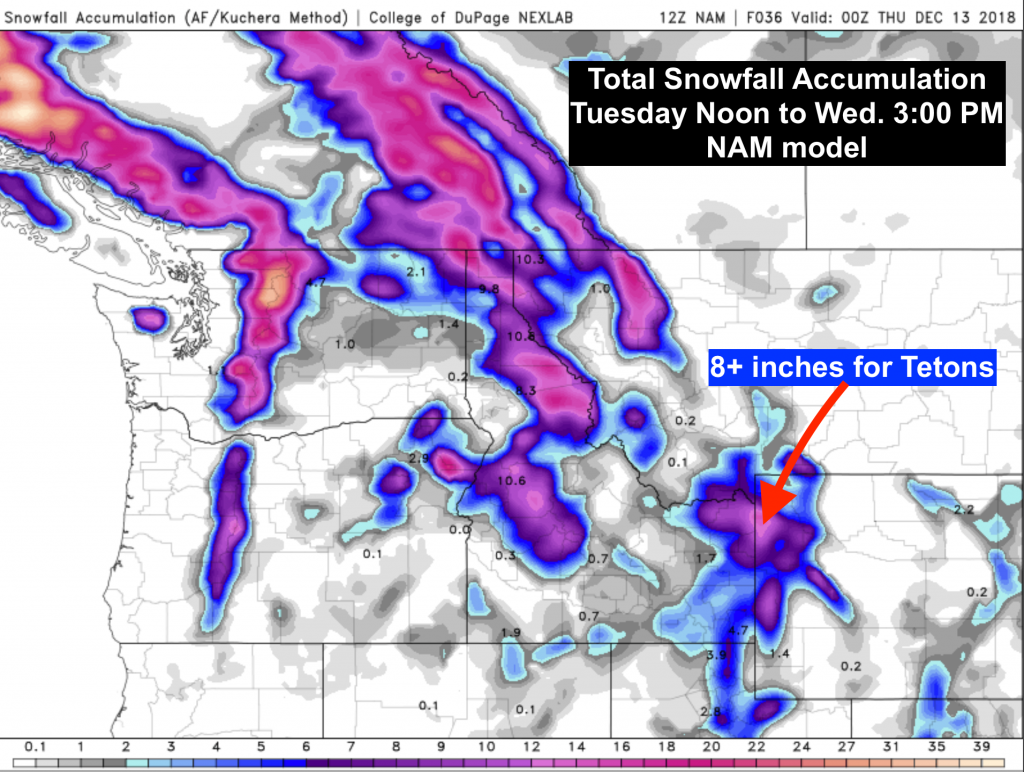 Extended Look: Much colder air aloft arrives for Wednesday. Snow tapers off Wed. afternoon. Warming occurs Thursday afternoon into Friday as a Ridge of High pressure builds inland over the West. Then it looks like another cold, Low-pressure system moves into the Pacific Northwest later Friday, bringing the Tetons a little more snow over the weekend.