A potent storm system in the Gulf of Alaska will bring snow to the mountains of the Pacific Northwest and Northern Rockies today through Tuesday, lingering into April Fool’s Day. 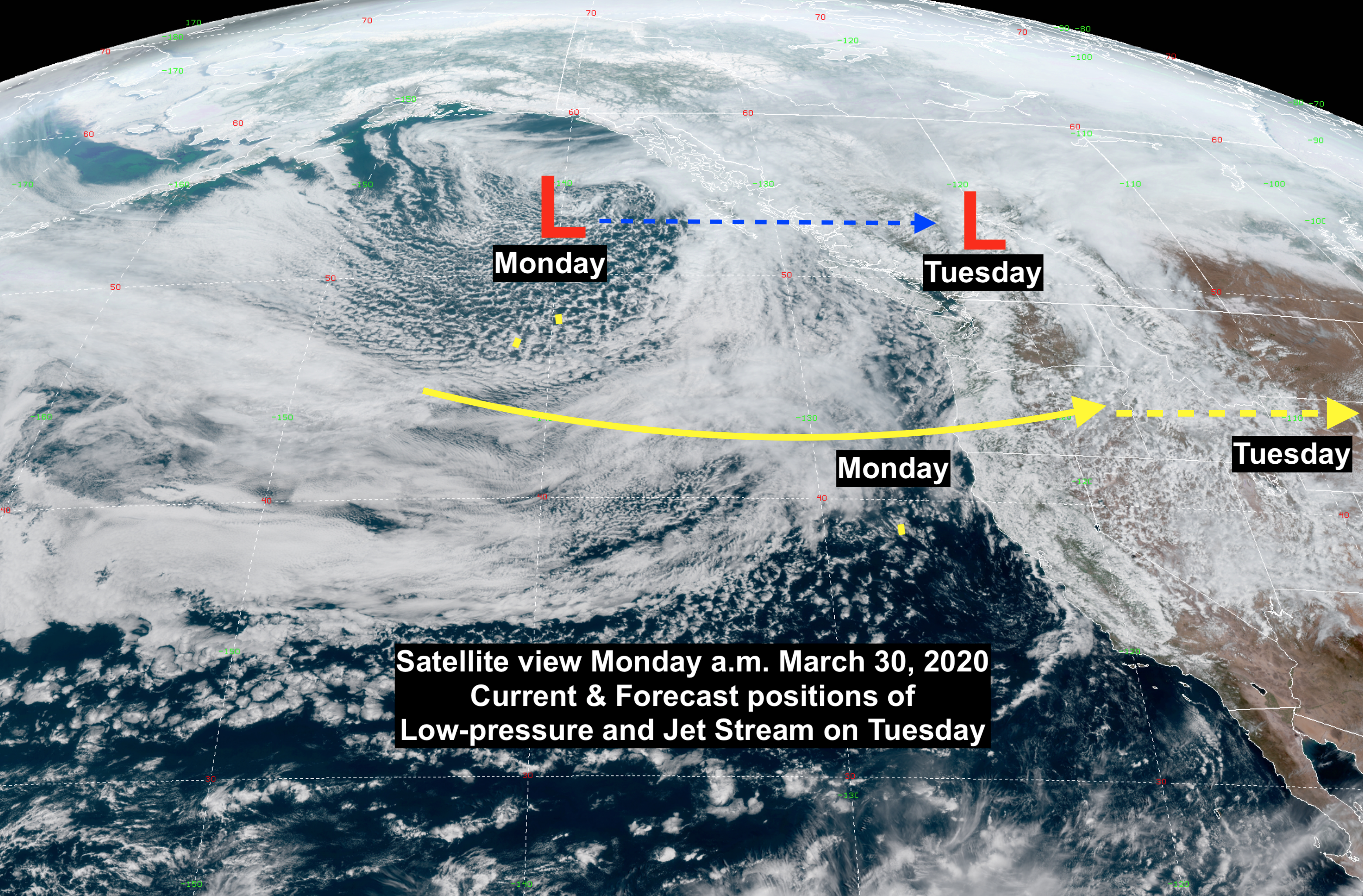 This storm system brings progressively colder air with it, causing snow to progressively lower elevations though Tuesday night. Very unstable atmospheric conditions will also cause some thunderstorms to develop. 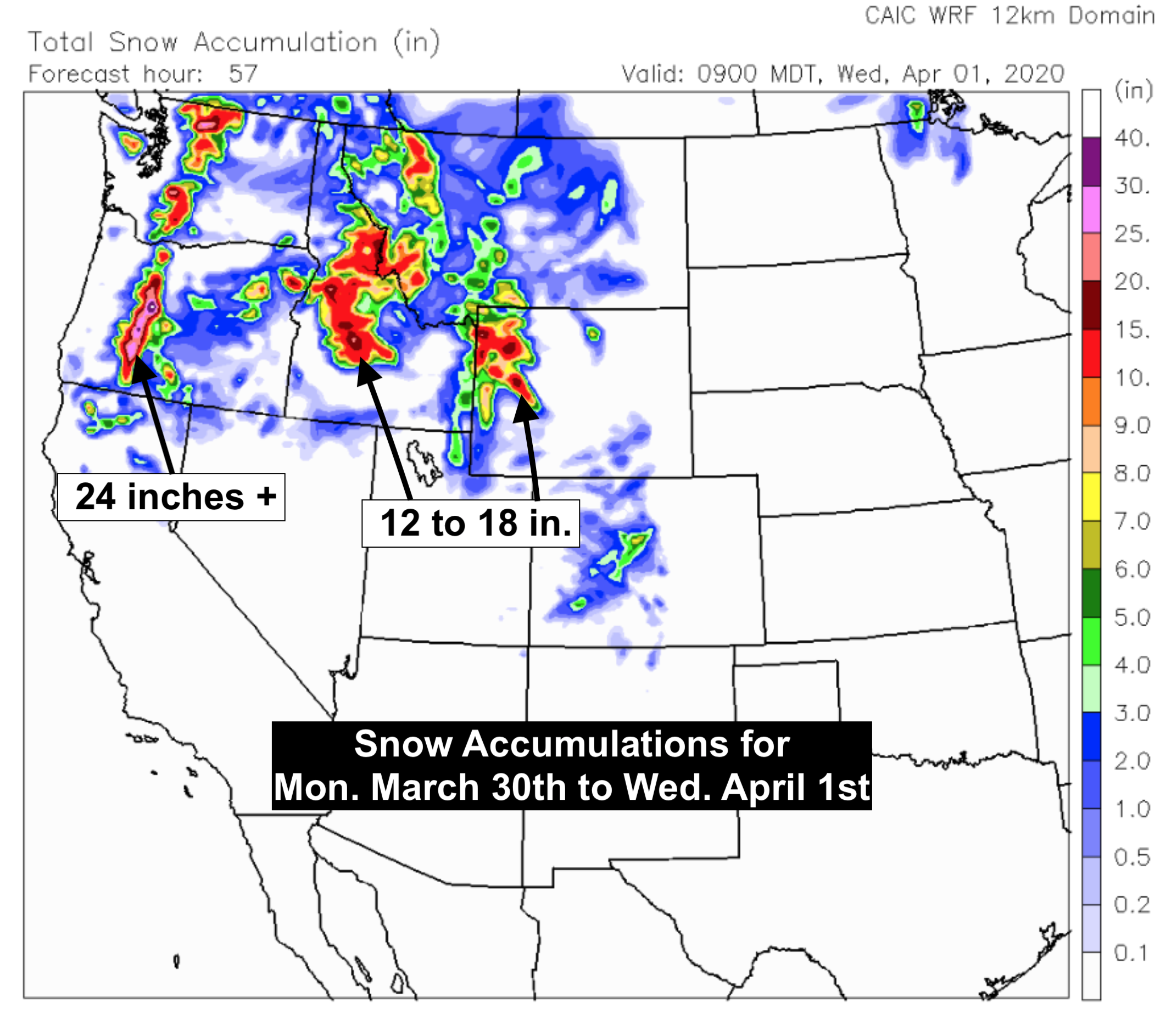 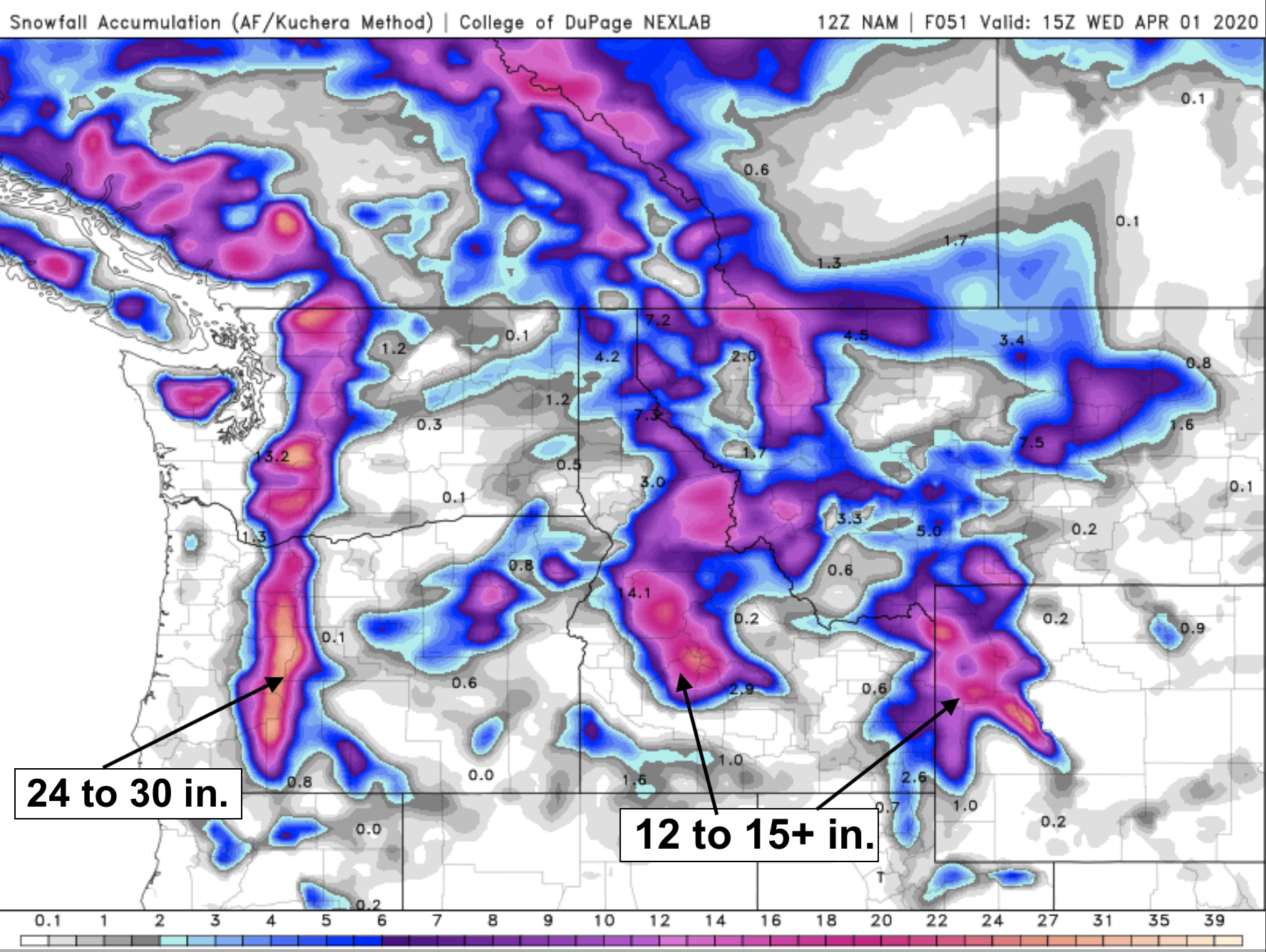