On the night of April 5th, 2020 , moist & unstable air moved over western Wyoming causing thunderstorms and a relatively intense graupel event (round, puffy pellets of snow). In combination, this would be termed a “Thundersnow” event. 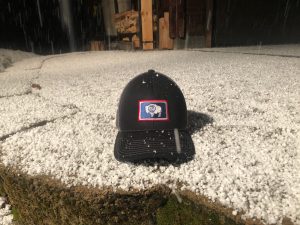 Infra-red Satellite image below showing the bright green “cell” that contained those thunderstorms from Sunday night. 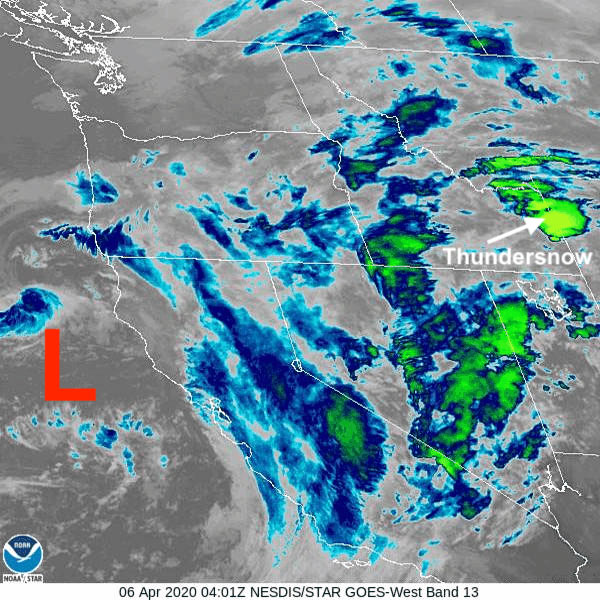 Thundersnow is rare and lightning this early in April is not that common. However, in the 38 years I have lived in Jackson Hole, I can say that I have seen lightning every month of the year, including during the depths of the winter season in January & February.

Below is the lightning strike map from 10:41 Pm MDT on Sunday. Yellow dots with red rings the most recent strikes, gold to brown indicates progressively older ground strikes, in the preceding hour or two. 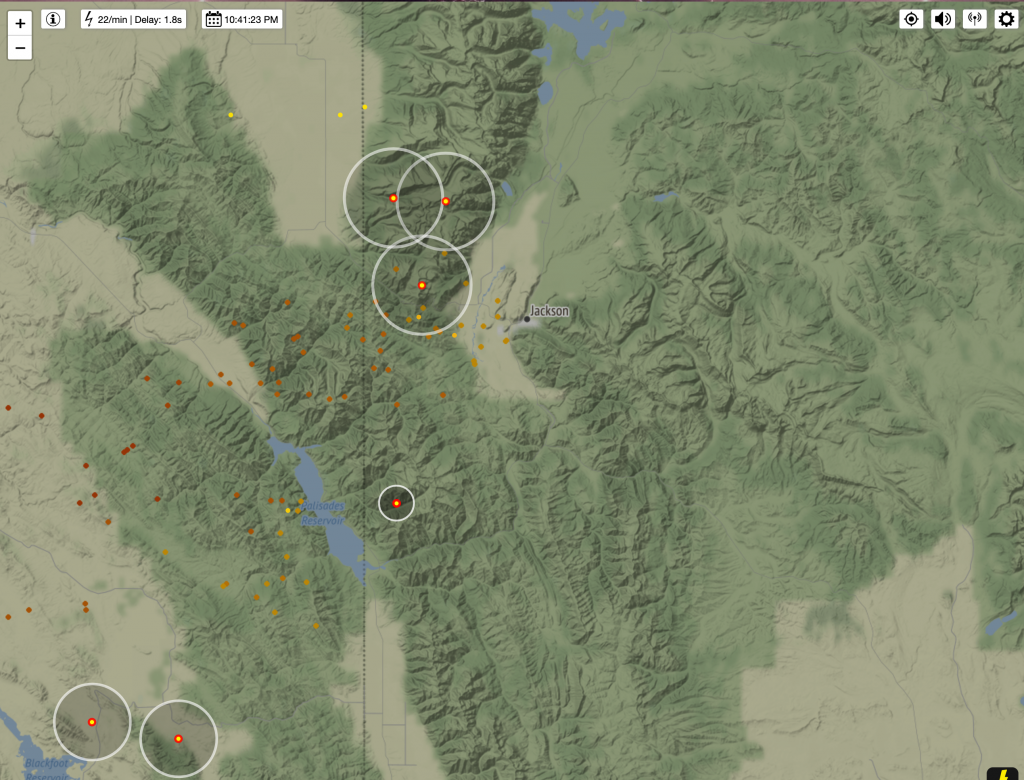 Low-Pressure over California the Cause

A potent Low-pressure system that is sitting along the central California Coast , which has been bringing heavy rain to the Central Valley of California and heavy snow to the Sierra Nevada mountains,  is what was responsible for sending that moist & unstable air over the Inter-mountain West last evening. That air collided with colder, drier air that was in Montana.

Still a little more to come with this storm system Today (Monday)  and into Tuesday,  as that Low-pressure slowly makes it’s way over southern California. That means, western Wyoming is still in for a mix of rain & snow for the valley, snow in the mountains and the possibility of a few more thunderstorms embedded in all that.

Satellite view below from Monday morning. Low-pressure still spinning around along the California coast. 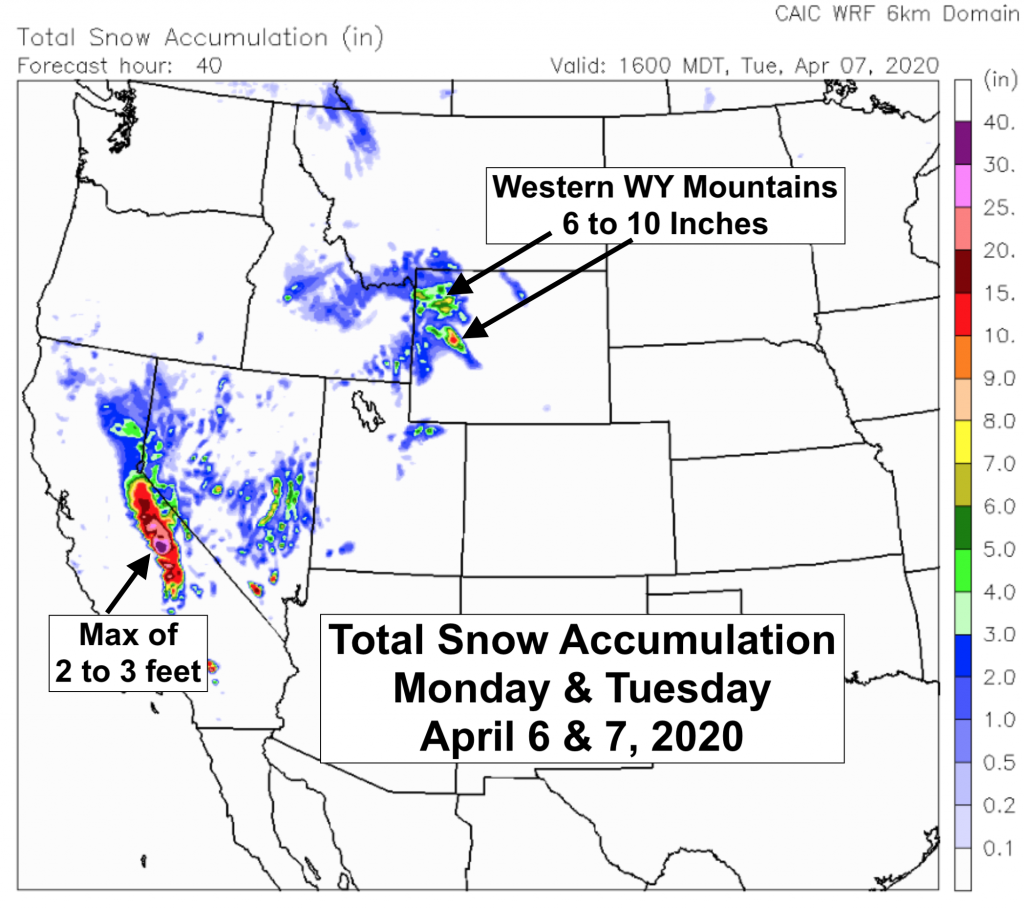 By Wednesday the center of that will be swinging by to the south of Wyoming, across the Four Corners Region and the weather in western Wyoming should improve for Wednesday-Friday.